These are a childhood favourite of mine, and I was thrilled to finally find some more during my walk yesterday. It’s been a very long time since I’ve seen any. Monotropa uniflora, the Indian Pipe, or Ghost Flower as it’s occasionally called is a plant rather than a fungi, despite its appearance. They produce no chlorophyll, which means they derive no energy from the Sun. Instead they parasitize the wood and roots of decaying trees, facilitated by fungi that are also present. They occur after a heavy rain, taking only a day or two to grow, and they don’t last very long, eventually collapsing into a black residue. Apparently they rely on bumblebees in many places for pollination, and this doesn’t bode well for them if there aren’t suitable species to fill the gap caused by declining bumblebee populations.

They’re beautiful plants, in any case. There’s a particular feeling to going out and finding weird stuff like this, and I’ve always enjoyed it. 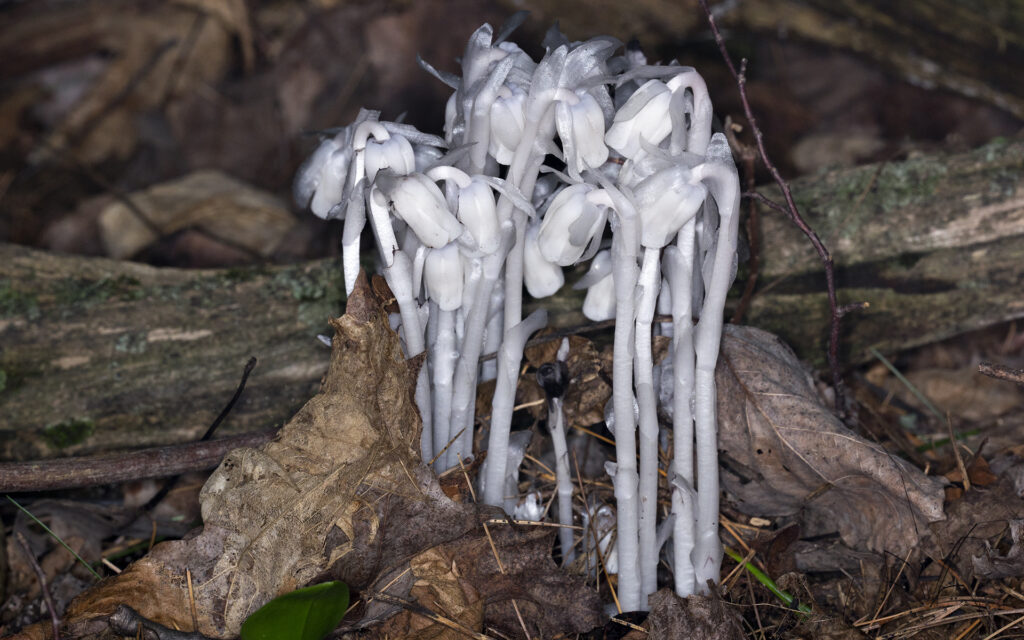 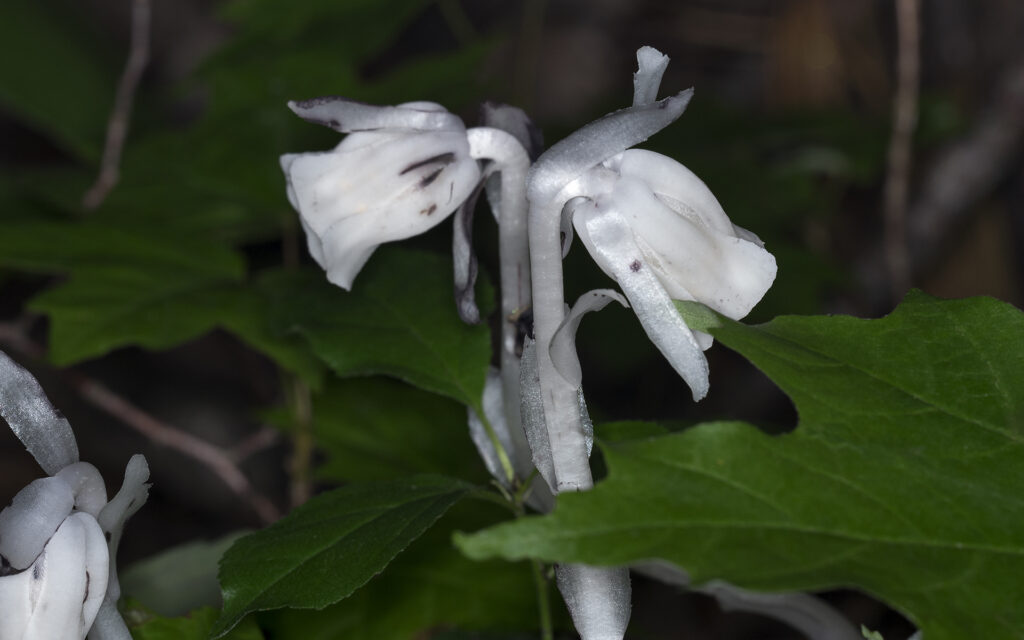 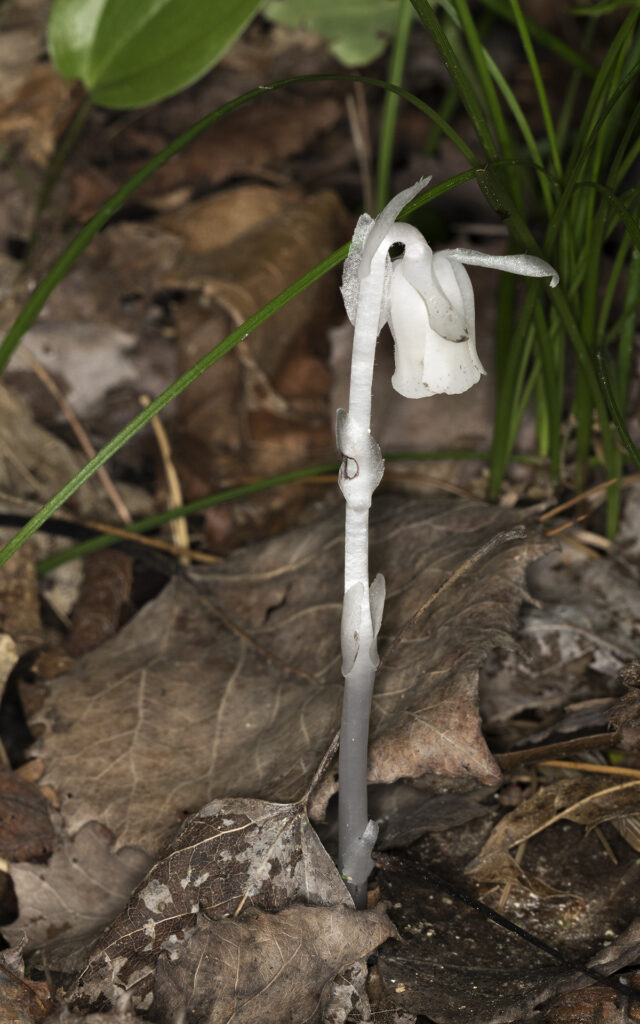 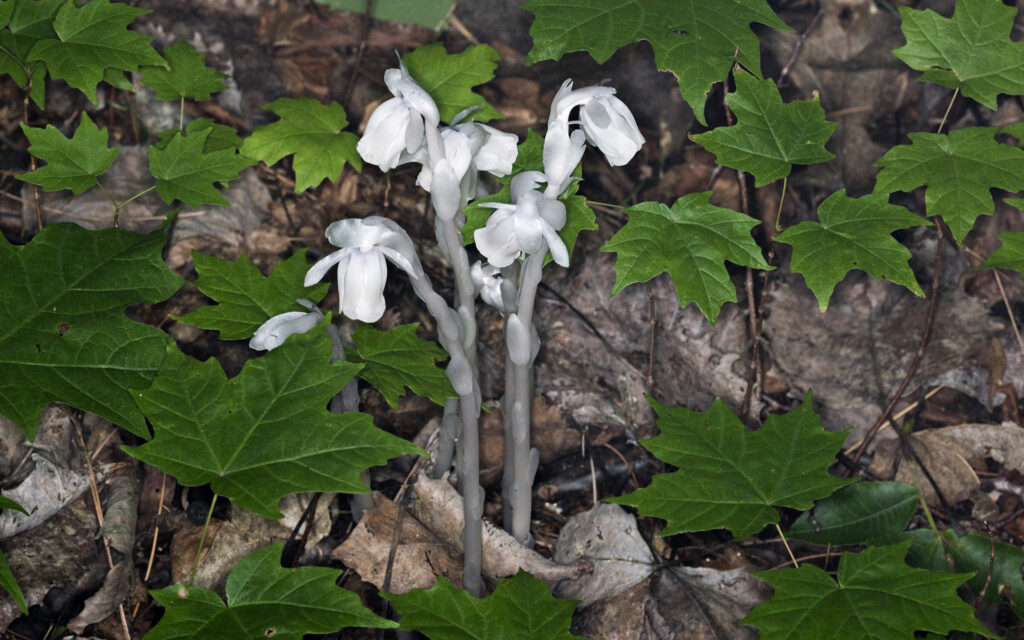 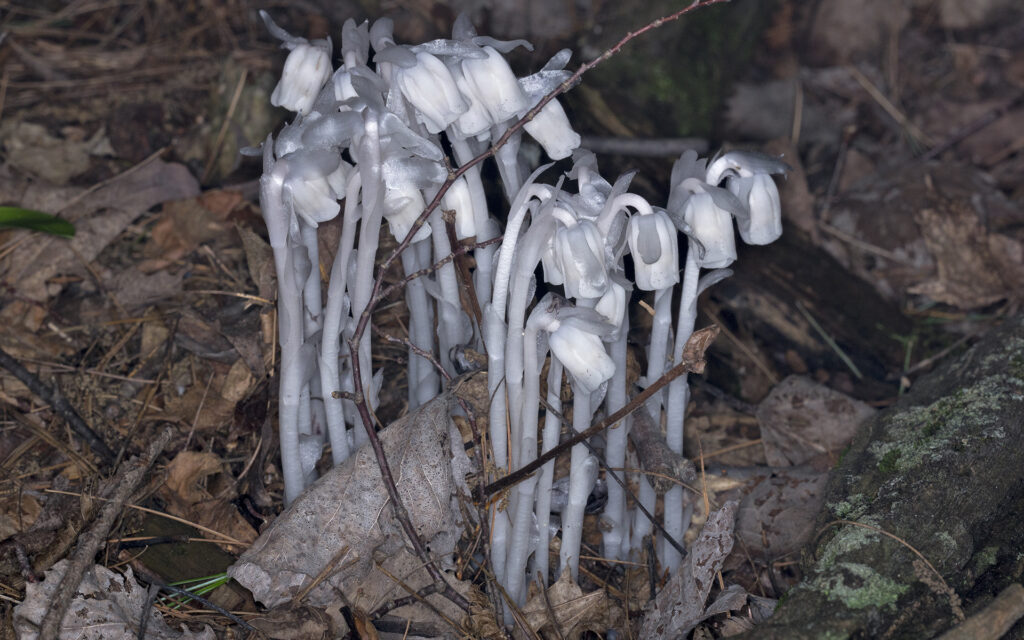 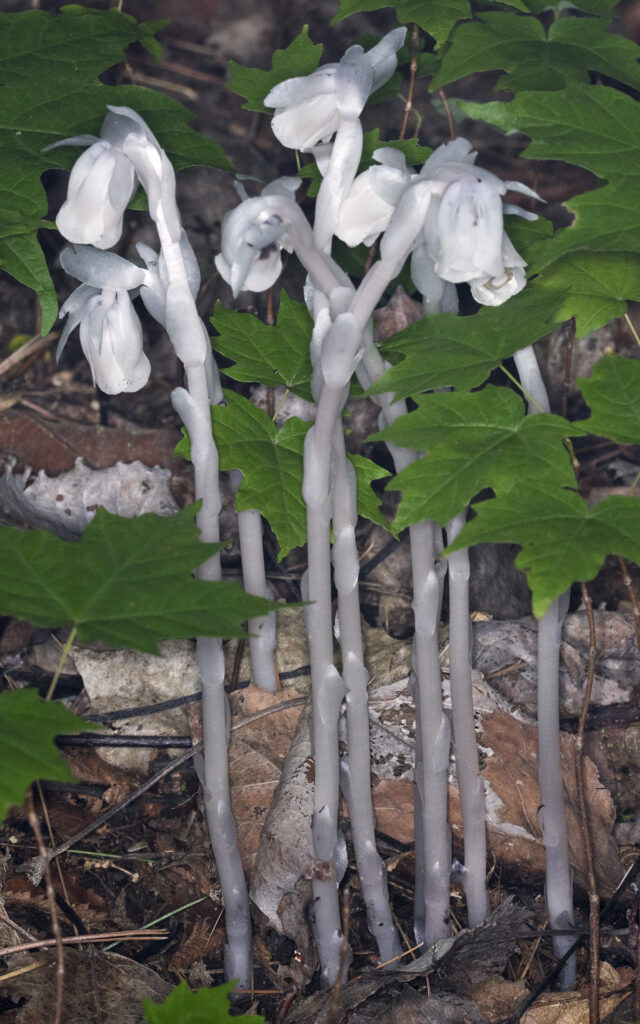