Songbirds Under the Microscope

Our vehicular traffic slaughters everything in its path. We pretend this is OK because we have things to do, and places to be, and we think we’re just so special. Every so often I come across a songbird on the side of the road. Last season I found a cardinal, blue jays, a cedar waxwing, various warblers, wrens, and larger birds. If the specimen is in reasonable condition, I collect some feathers for later examination. I take simple precautions when handling dead matter, and I haven’t run into any problems. Their feathers are really something. The down of a blue jay looks like it was laser-cut from a contiguous sheet, at least to me. I was lucky to find such a variety of colourful specimens to use. It wasn’t so lucky for the birds. 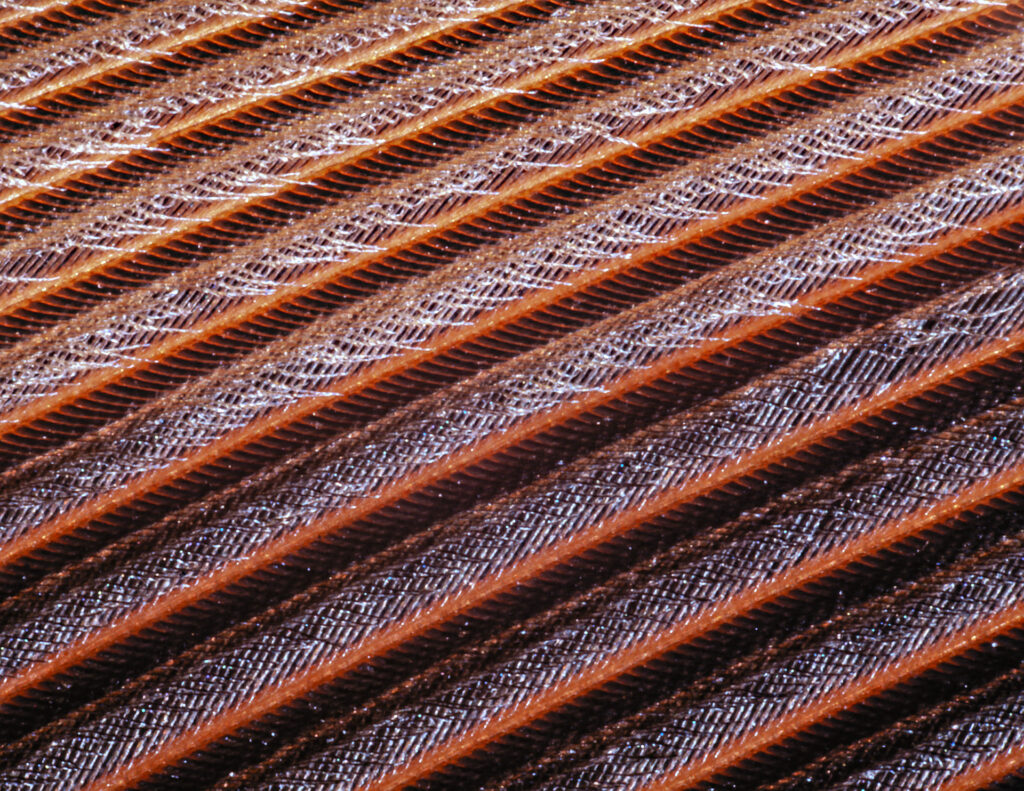 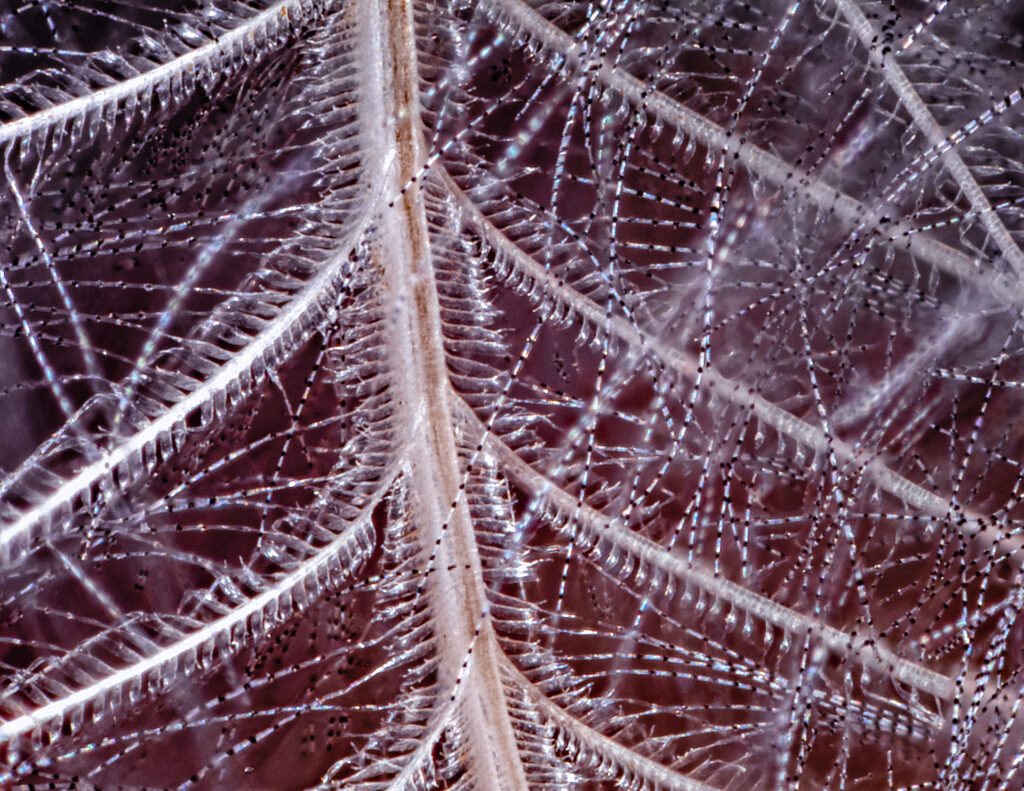 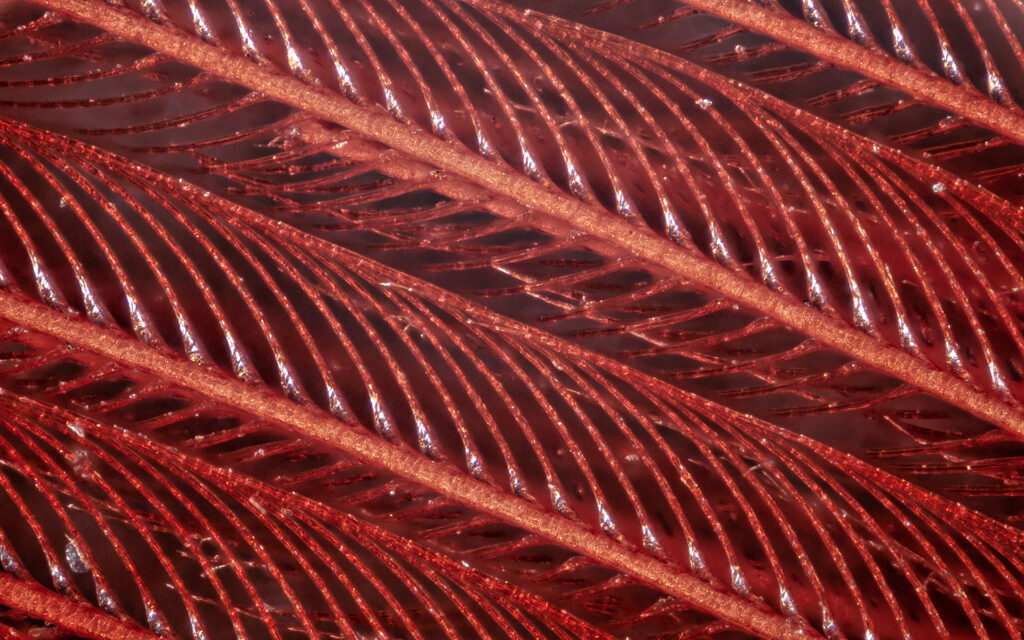 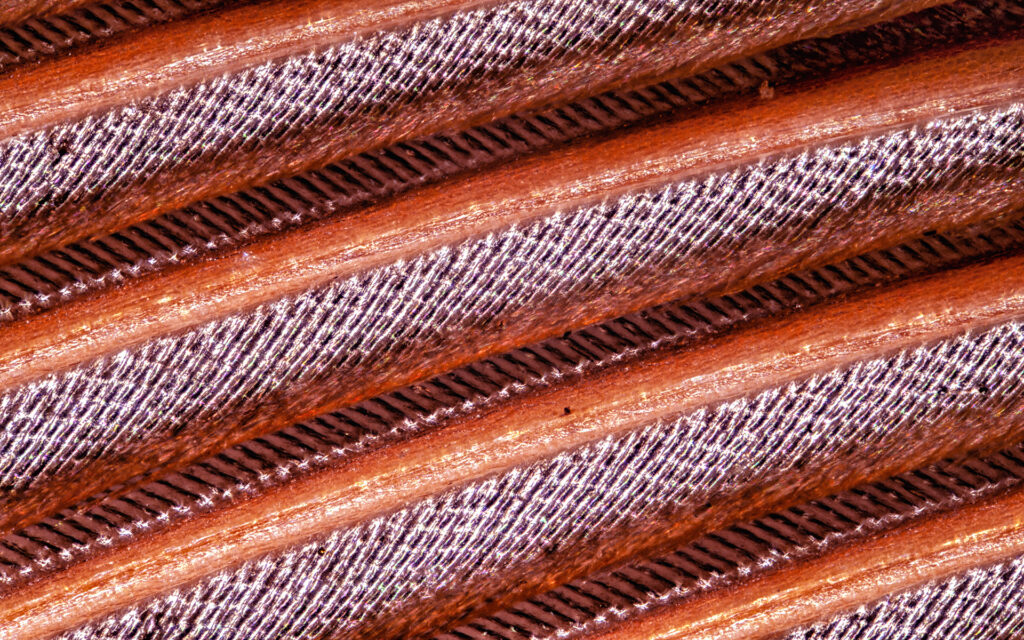 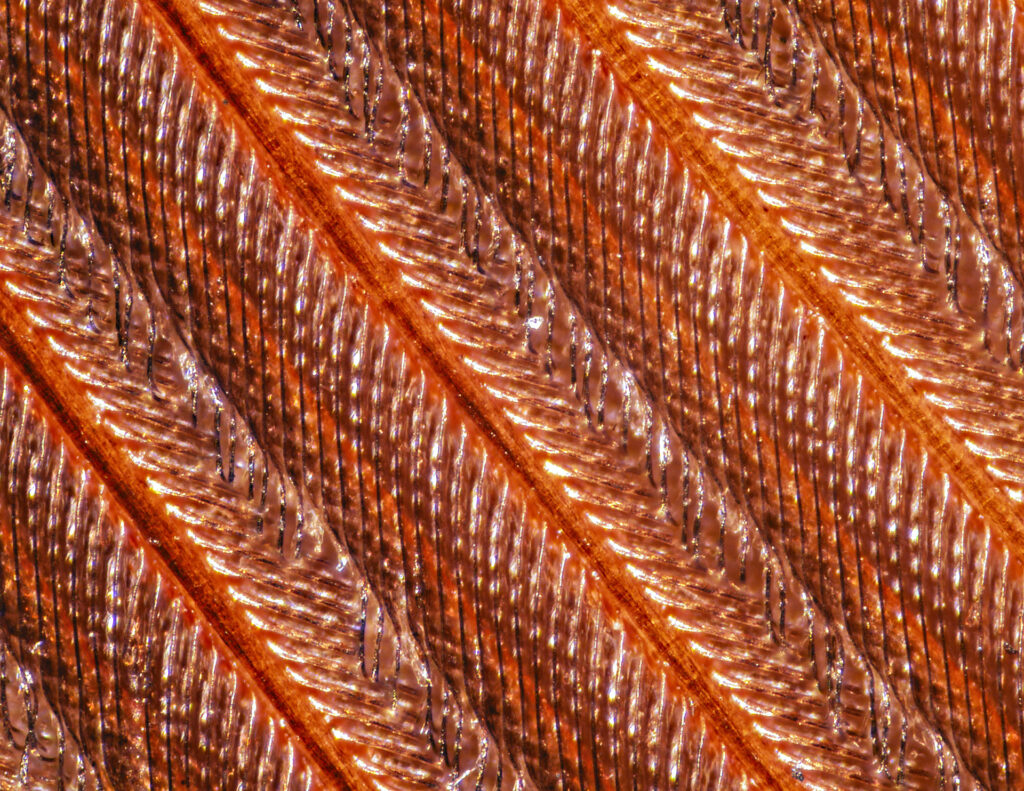 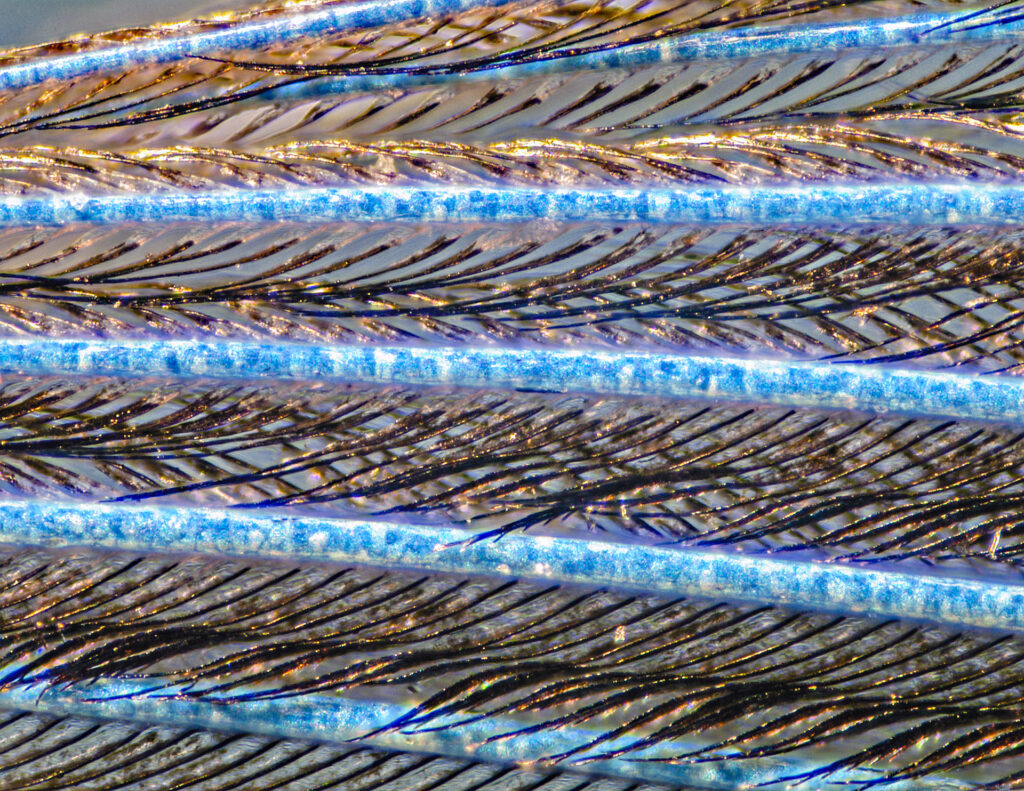 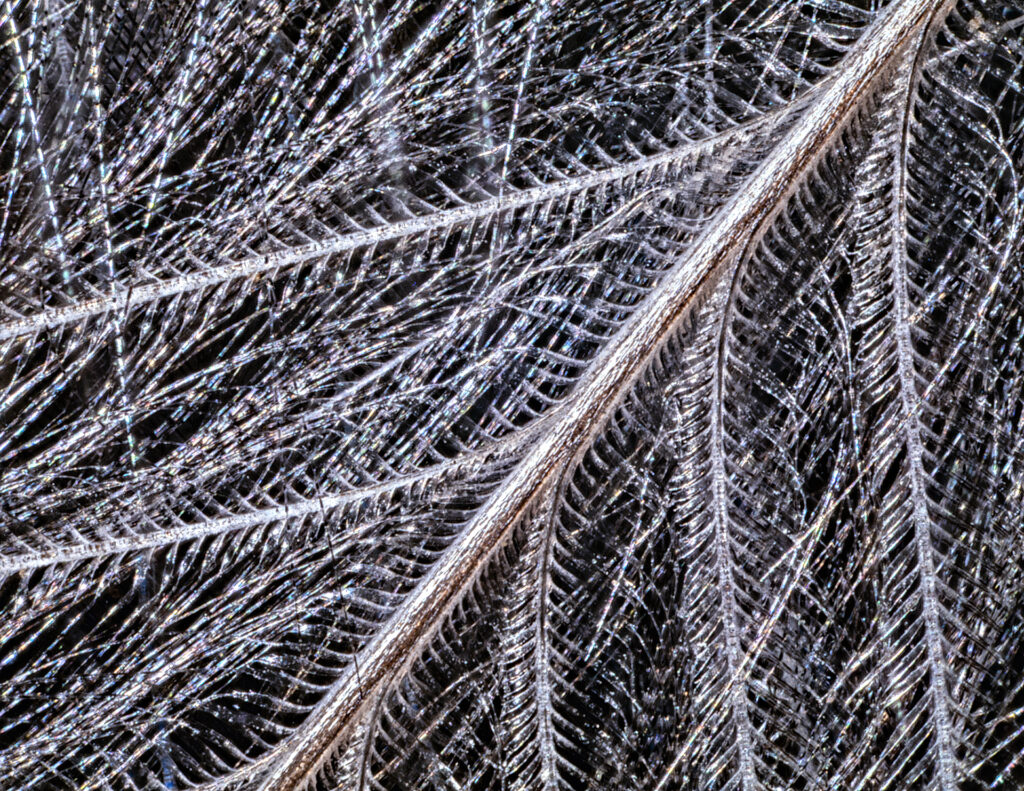 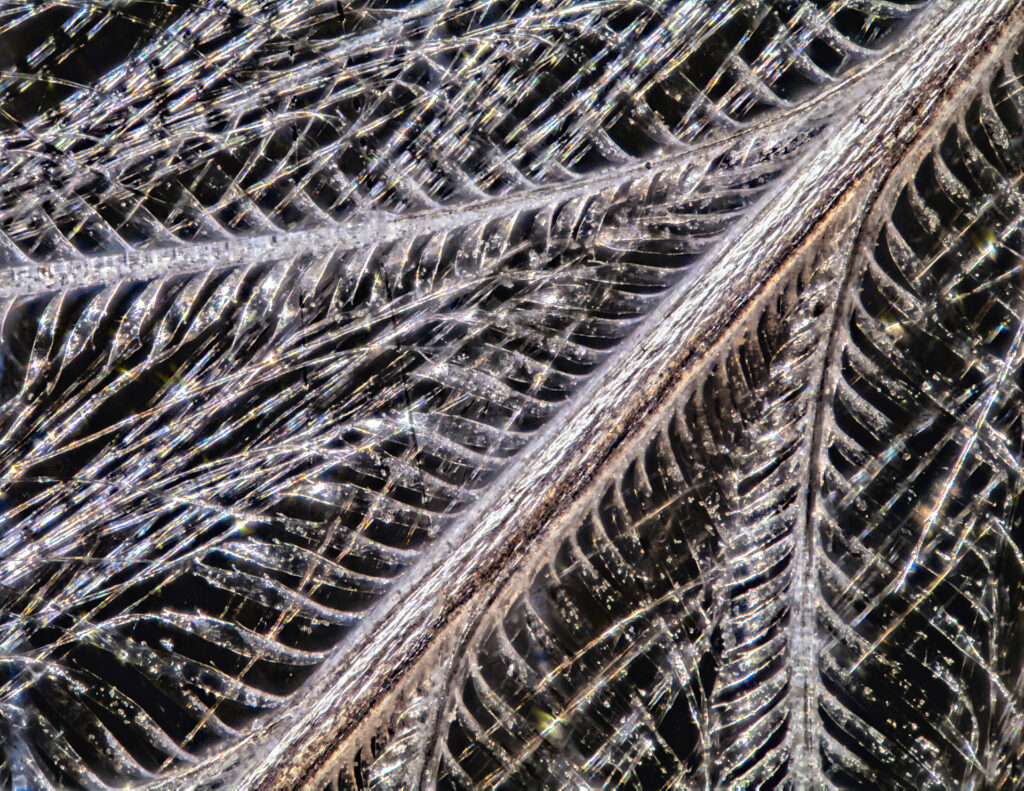 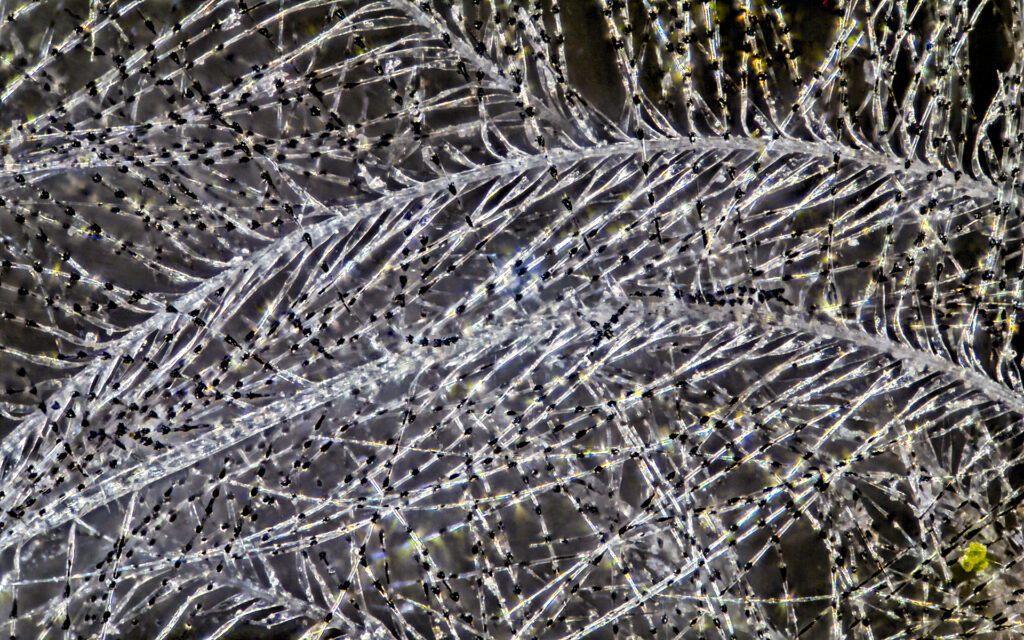 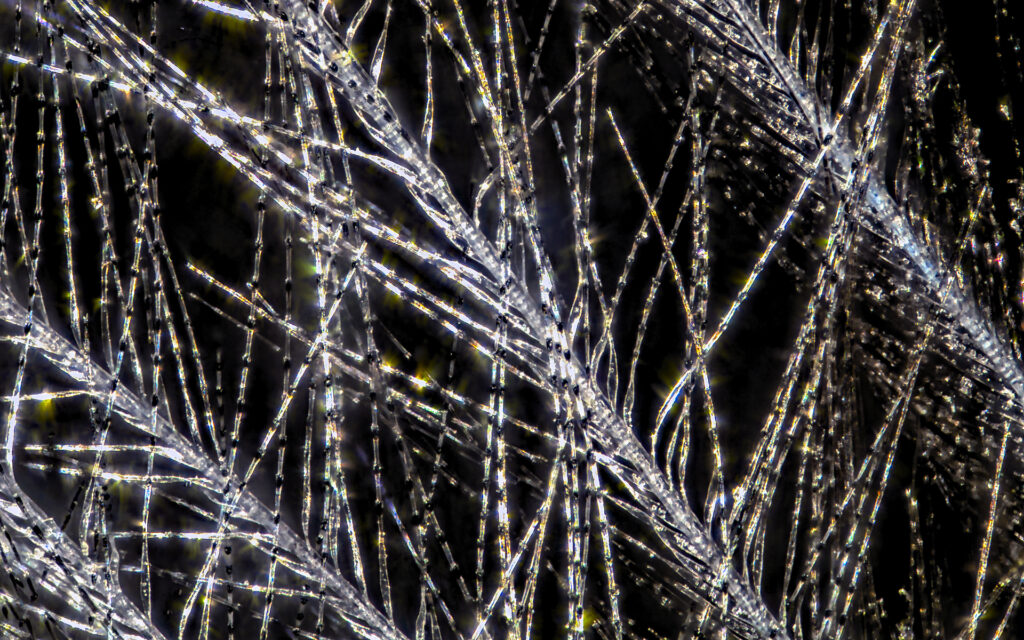 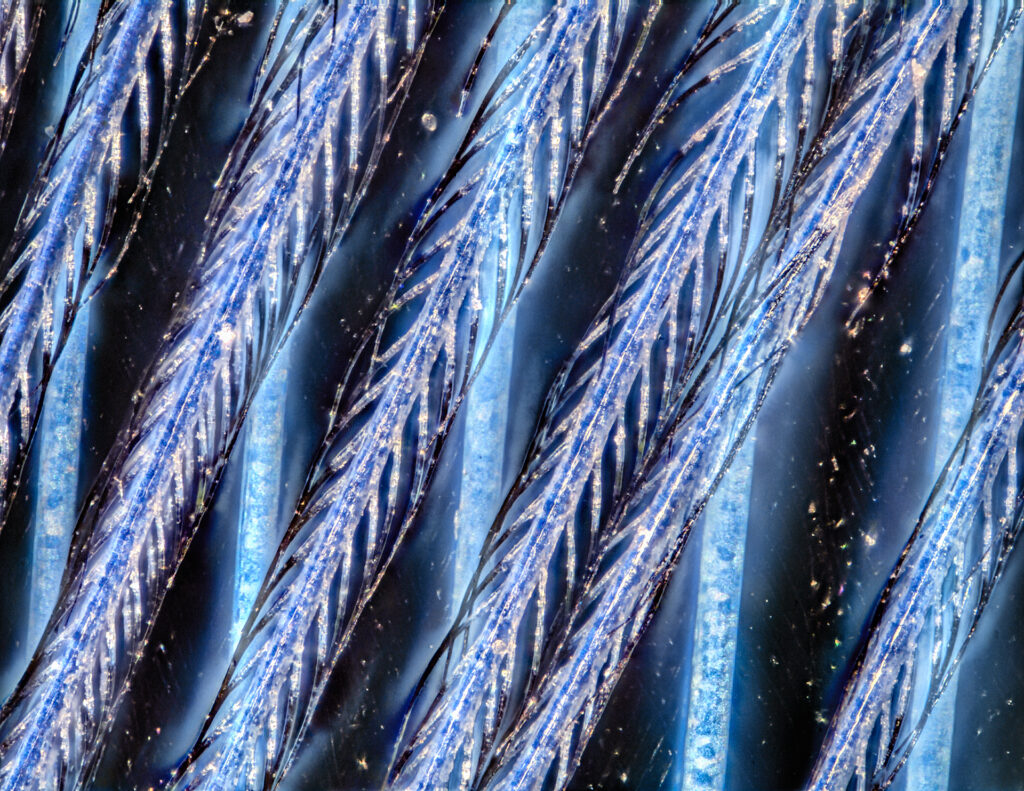 Blue Jay down over wing feather. 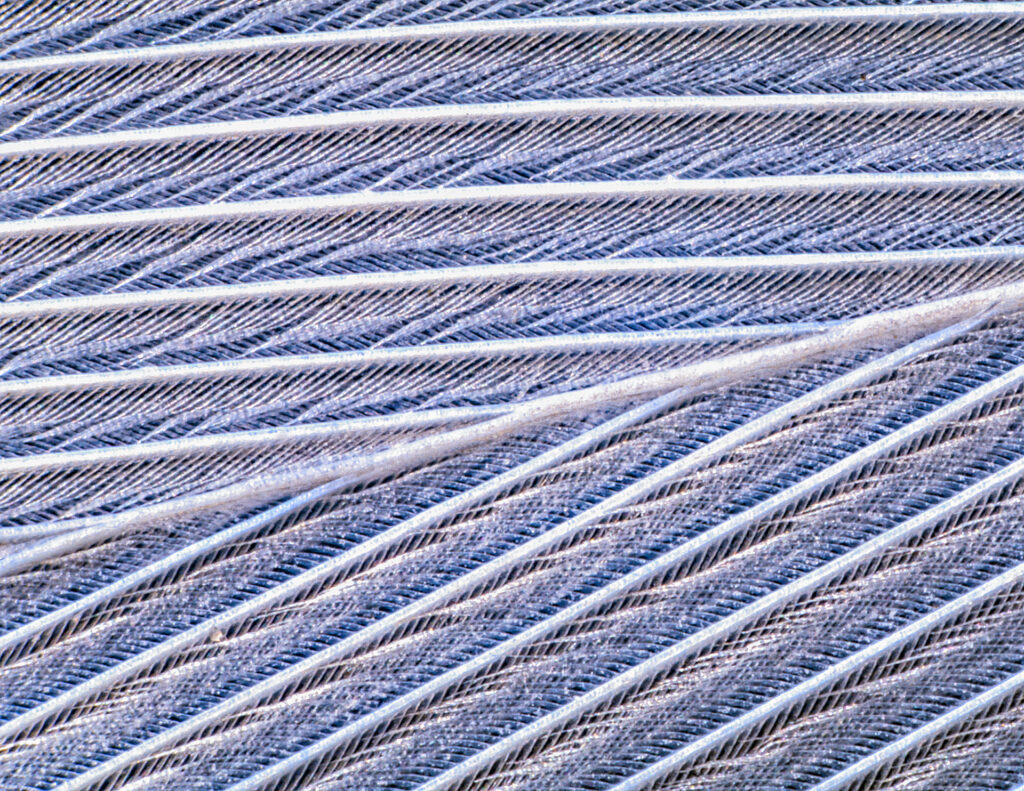 Warbler (unknown species, it was in rough shape) 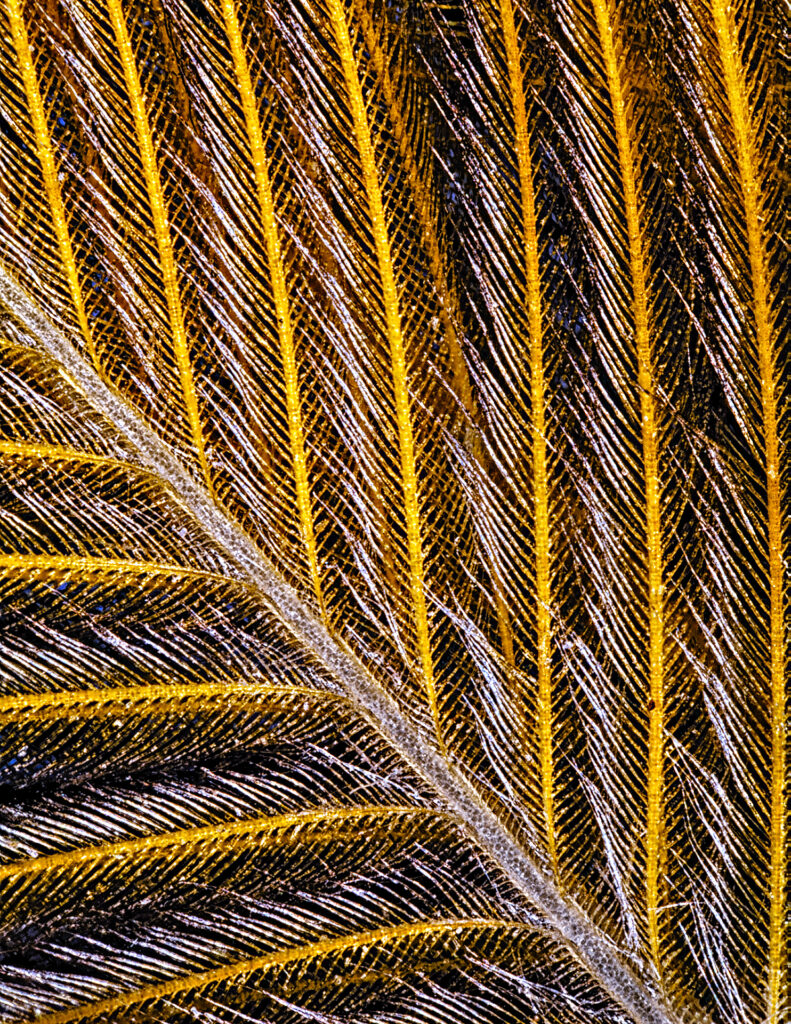 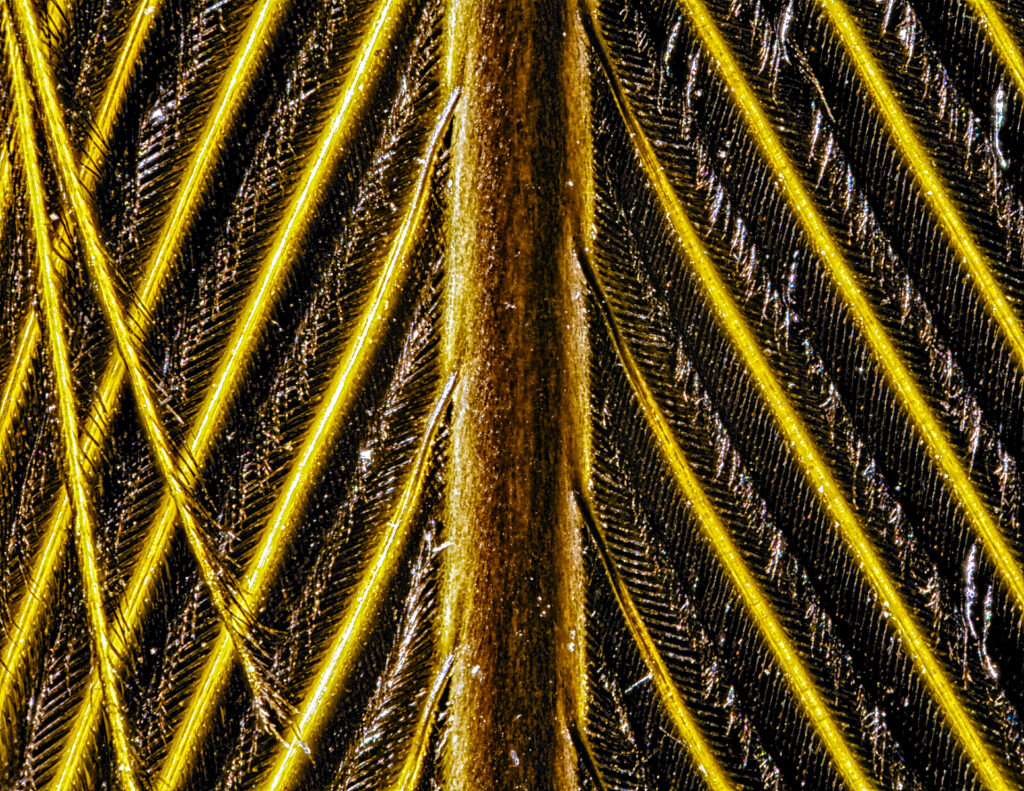 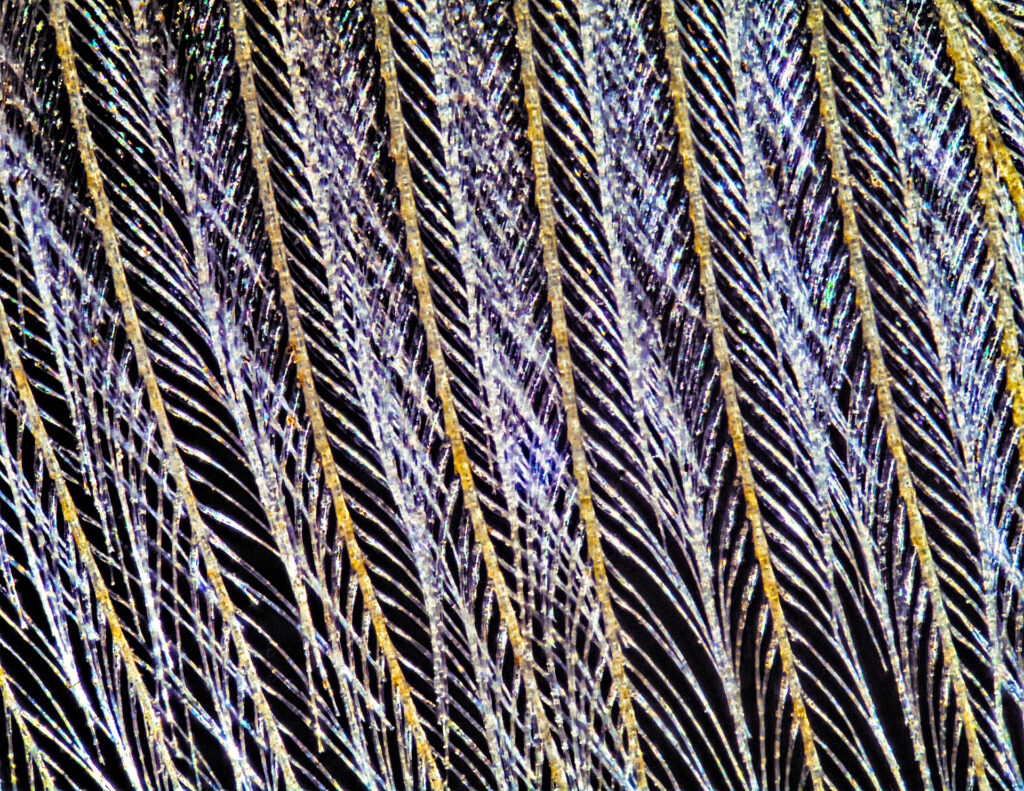 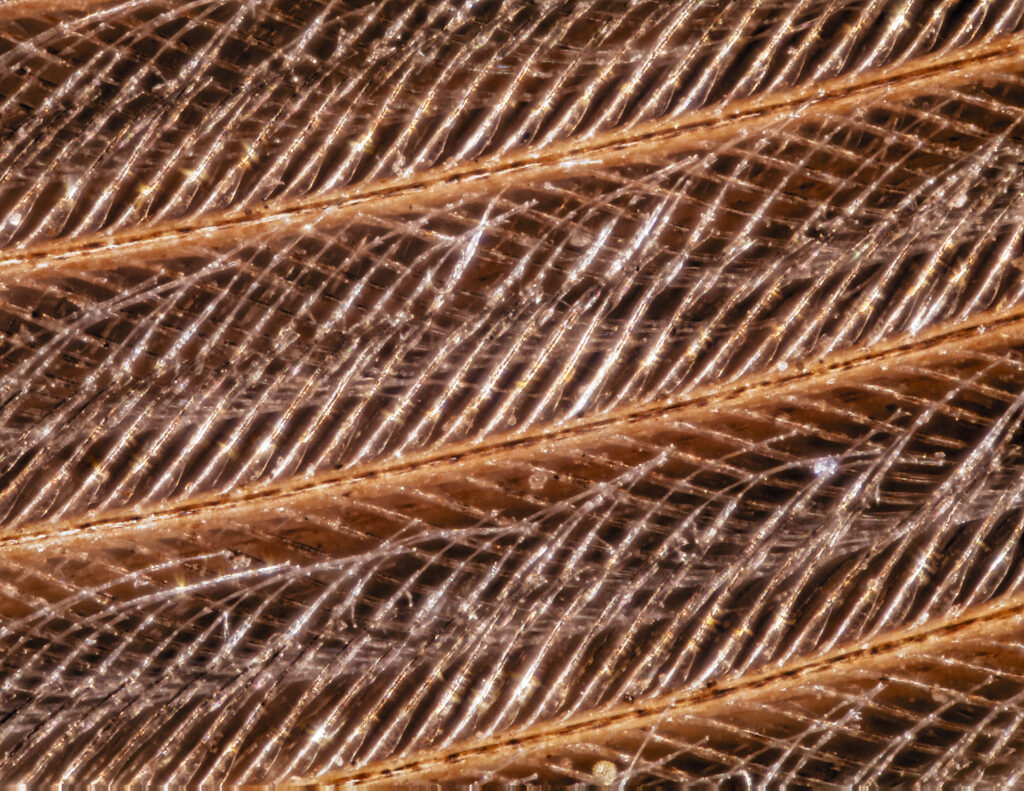 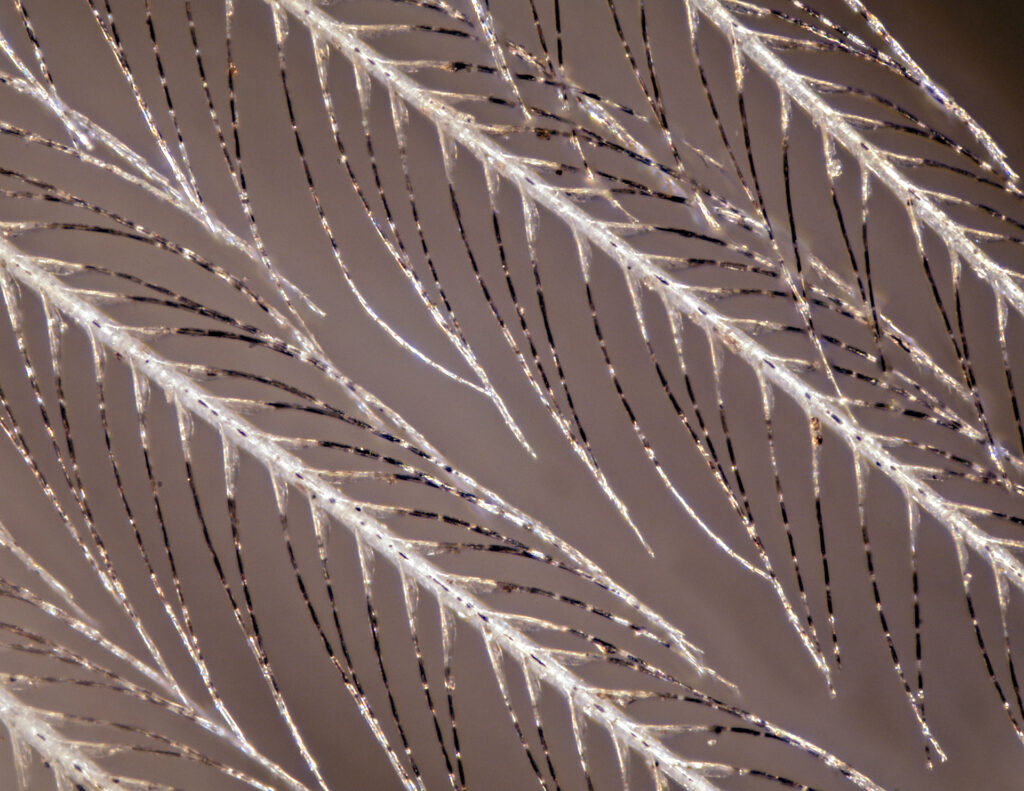 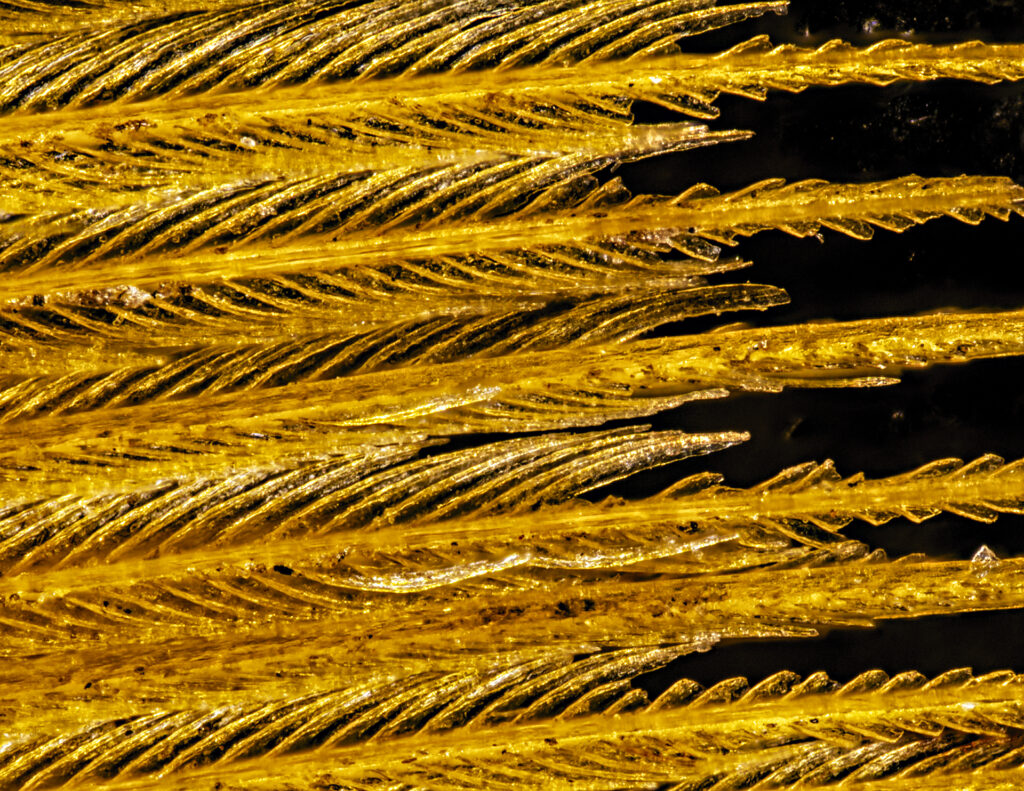 These two stacks are from a Great Blue Heron feather that I found loose beside a pond. The textures are interesting, and it seems apparent in some way that their feathers are well adapted to repel water. 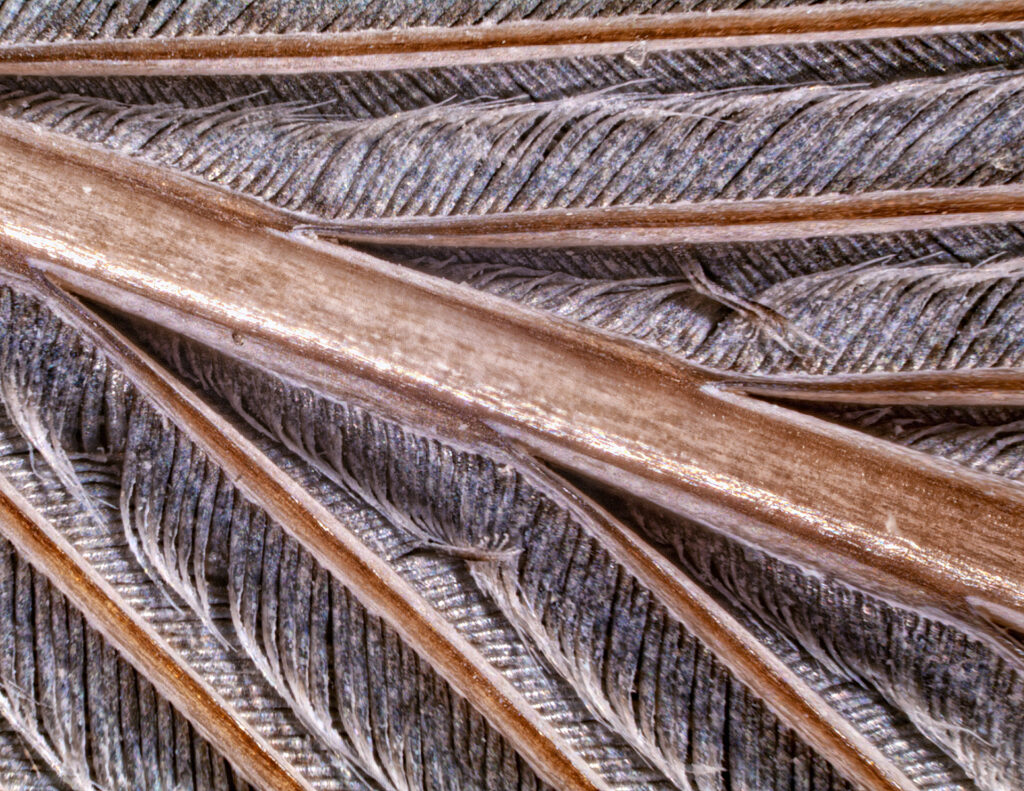 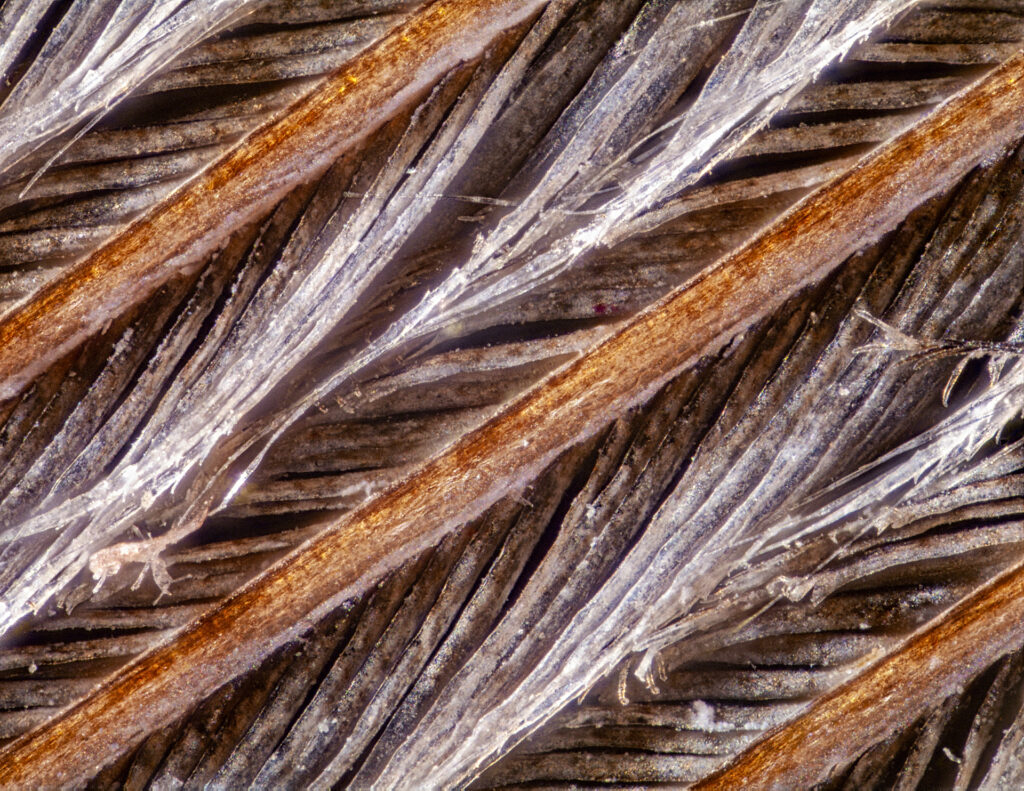 This last one is an osprey feather that I collected below the nest of a breeding pair. I’m not sure if it’s the ministry or the county responsible, but platforms have been erected for them to nest on in various places along the shore of Lake Ontario, and they actively make use of them. One of these posts is along a road I frequently hike, albeit quite a distance away. If I can time it so they’re there when I pass by, whichever one is minding the nest will circle and occasionally swoop down at me, not coming too close, but threatening. I’m sure to wear a hat if I go there, just in case. Occasionally I try to get their picture, perhaps once a year, but I don’t like to unduly bother them. Their cast off feathers are a nice souvenir of those walks. This was also one of the first stacks I made, with a comparative handful of exposures. 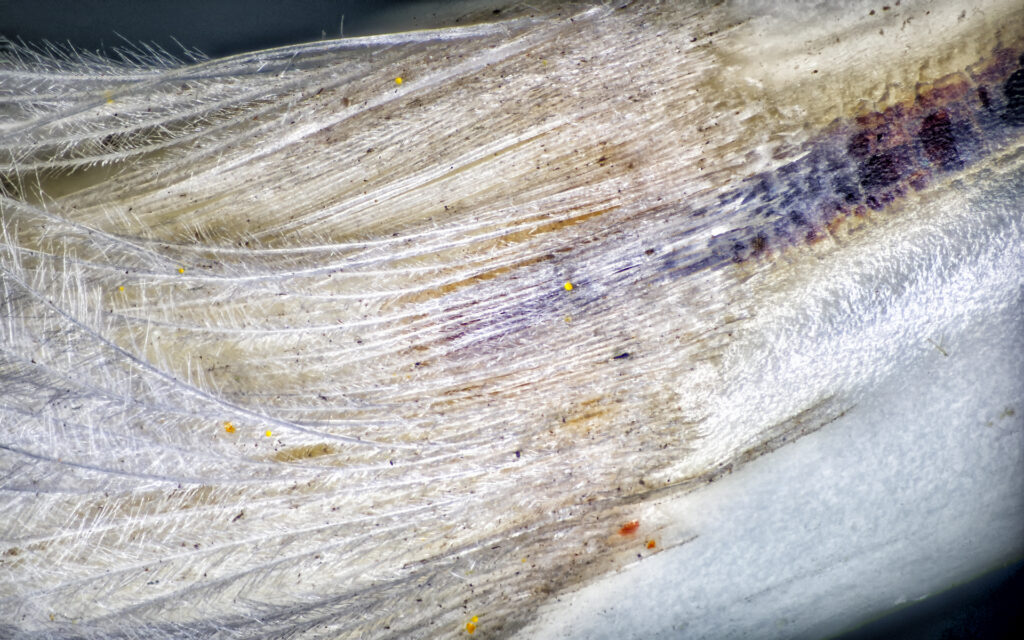 A small update for 2021, below is a bit of down from the throat of a Rose Breasted Grosbeak and this is followed by some scenes from a wild turkey feather I found along the roadside (no turkey, just the feather). While not a songbird, this has become my post for feathers of all types. 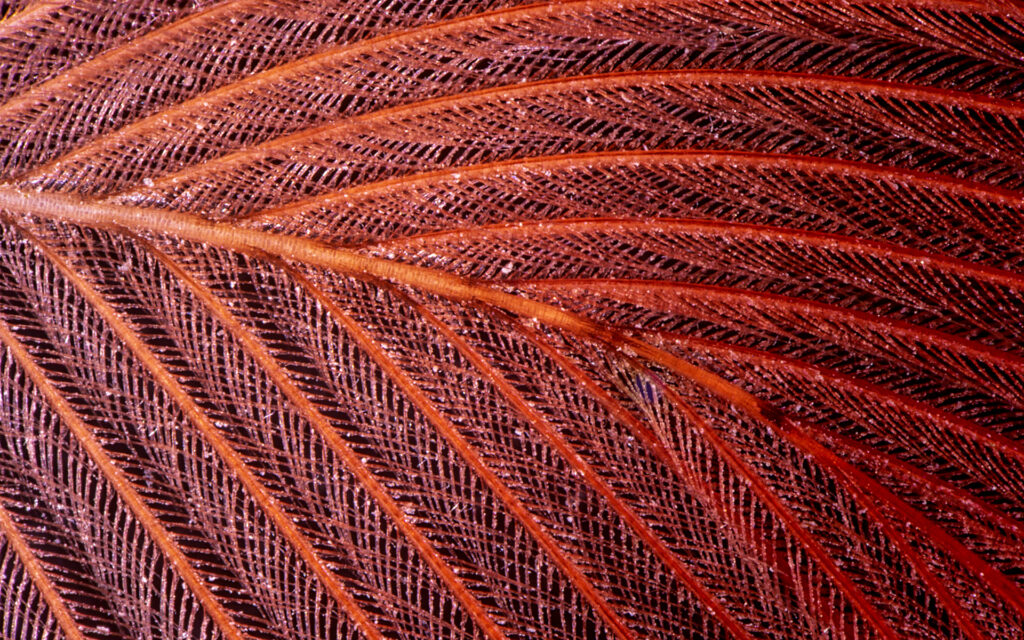 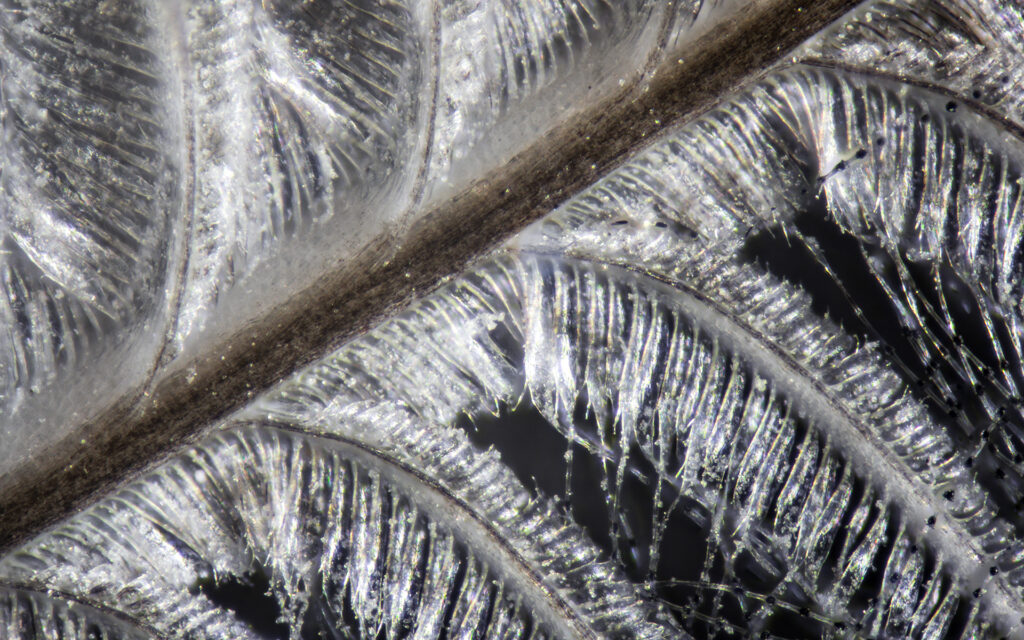 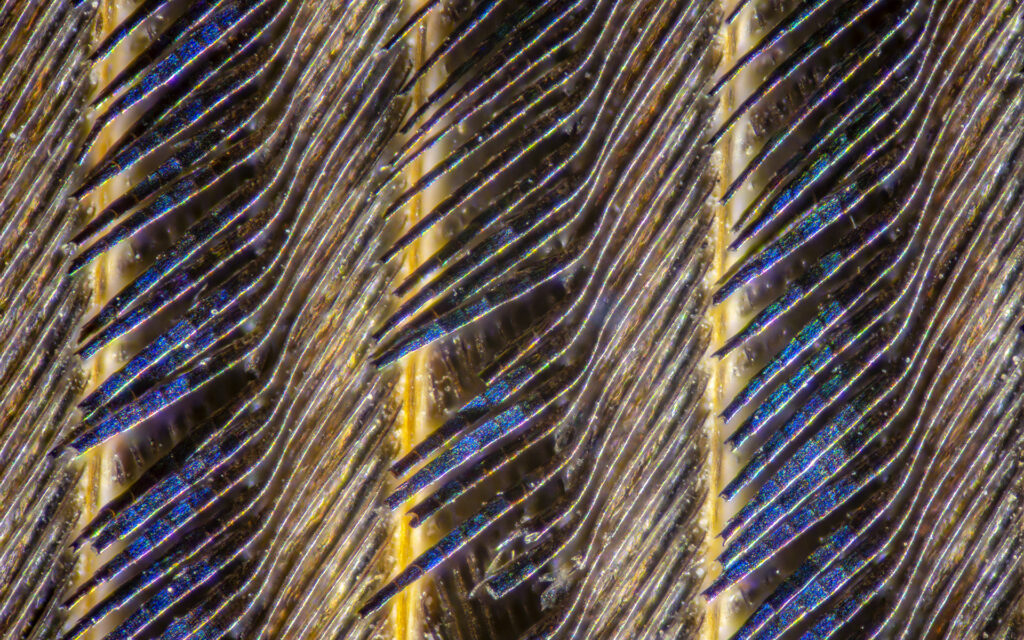 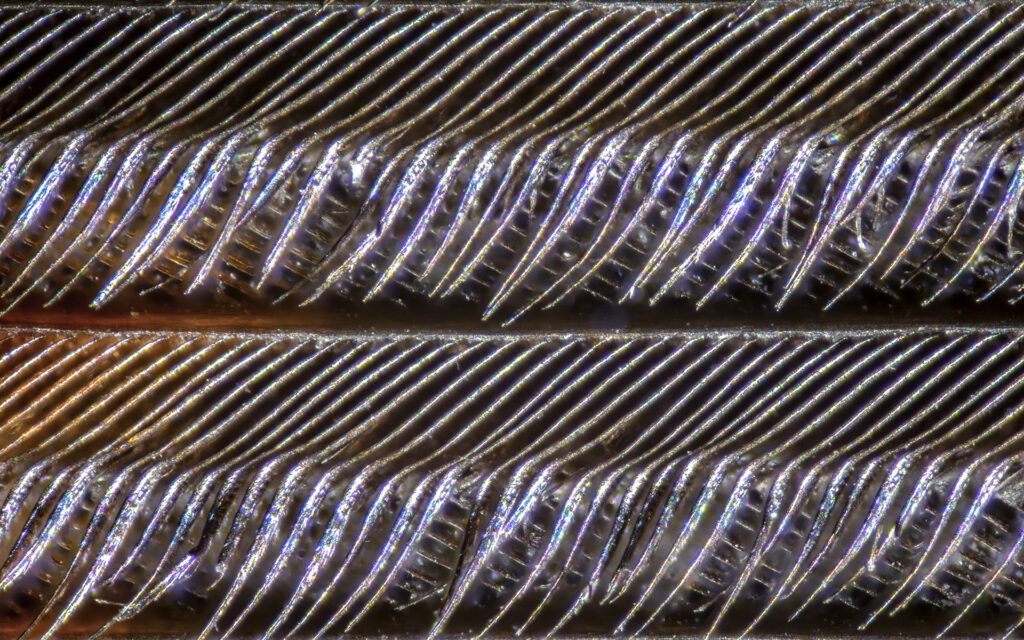 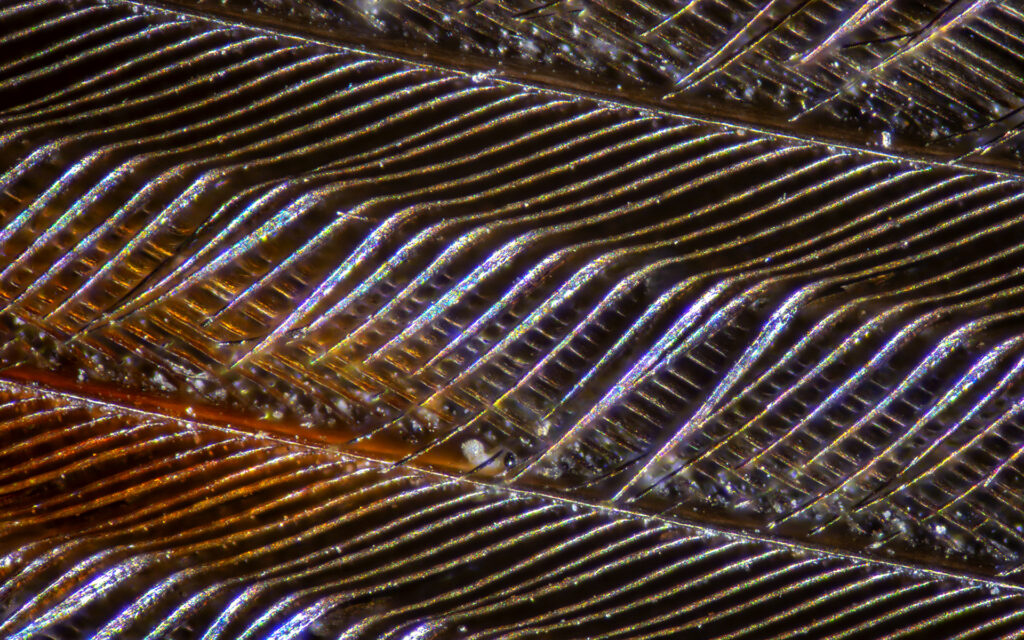 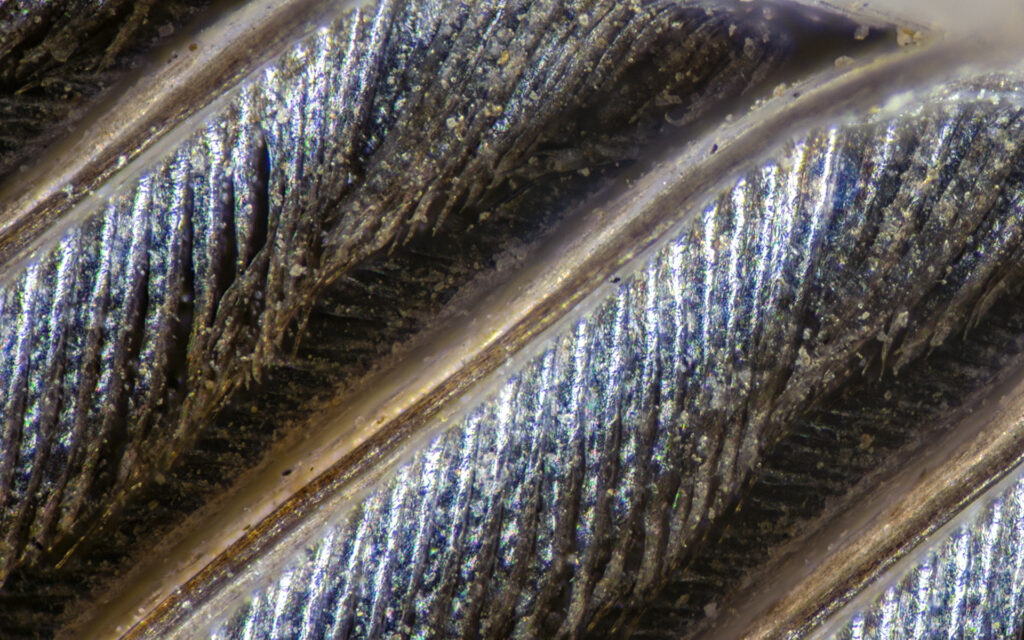